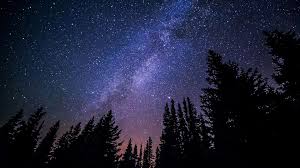 Lake Ray Roberts State Park lies approximately 60 miles north of Dallas, Texas, just beyond the college town of Denton. At campsite 137, on early summer evenings, before the Texas heat makes outdoor activities unbearable even at night, you can lie on your back on the old sun beaten picnic table and be lost in the night sky.  Looking out over the water-color moon washed lake, a vanguard of monolithic pines at your back; you can gaze up into the infinite vastness of the star-spackled universe.

Peering into the vaulted expanse, it is impossible not to consider how our prehistoric ancestors looked up in similar wonder.  No doubt they expressed their innate human creativity to organize the stars into patterns and created associations real or imagined to match their philosophy, explaining for them the unknown.  And how could they not? The ability to make these connections is the very cornerstone of human intelligence. How many nights did story-tellers sit around their hearth-fires forging tales of great hunters and warriors, hammering their leaders and heroes into legends, infusing them with superhuman strength and abilities before casting them into the heavens as gods?

The sun, moon, stars and planets are constants in the firmament.  The movements of heavenly bodies have been studied, tracked and plotted for millennia. To ancient civilizations, they were the harbingers of the cyclical events of nature. The sky gods they created explained the seasonal fertility of the land, foretold of the migration of the herds, prophesized the changing weather; they offered order and stability in a dangerous and chaotic world, if only man were faithful in his observations and rituals.     I have often imagined the marvels visible in the night skies of ancient times and thought; to what else could they have attributed an eclipse, a comet, a shower of meteors other than as an outward proof of the enigmatic gods.

It has been many years now since I lay on the picnic table at campsite 137, but I have seen the same night stars under other skies and sat by my hearth fire and gazed into the star filled abyss.  In modern times, the number of stars visible to the naked eye on a clear night is extremely limited due to the amount of ambient light and industrial pollution in our atmosphere and is estimated at between two and three thousand. Still, looking up at the celestial sphere through the hazy filter of man’s achievement and desecration, I still sense the lasting magnificence of the divine and the fleeting consequence of the individual.  And though my understanding of the universe continues to expand my comprehension of god’s essence seems diminished in equal measure.

But then again, I long ago abandoned my search for a god who could be explained with any satisfaction and settled for one with whom I could reach a mutual understanding.  I can profess no religion.  Religion requires formality of devotion, limiting the infinite transcendence of any god worth imagining.  My theology, if I may lay claim to one, is an acceptance that the alpha and the omega are unknowable and all the more wondrous for it. The gods of the night sky, placed millennium ago, still hold fascination for me.  They are past, present and future, constant reminders. I am composed from the same star stuff, interconnected with the universe. And as for god and man, faith alone has never been enough for me to explain the relationship between the creator and the created and who is who.

For what it’s worth.

I write for me. If you enjoy it, so much the better. Some of these stories are true. Most of the ones about murder are not. Have fun, I do! -rdfindlay
thedrabble.wordpress.com/

The Shameful Sheep
When Stories Attack - A Humor Blog

Laughter is the Best Medicine. Besides Actual Medicine.